Hovertext:
It just now occurs to me that I left out a step where we use some rubbery polymer to bind together the skin of Earth. This'd be great for the polymer industry.


Get yet tickets whilst they exist! 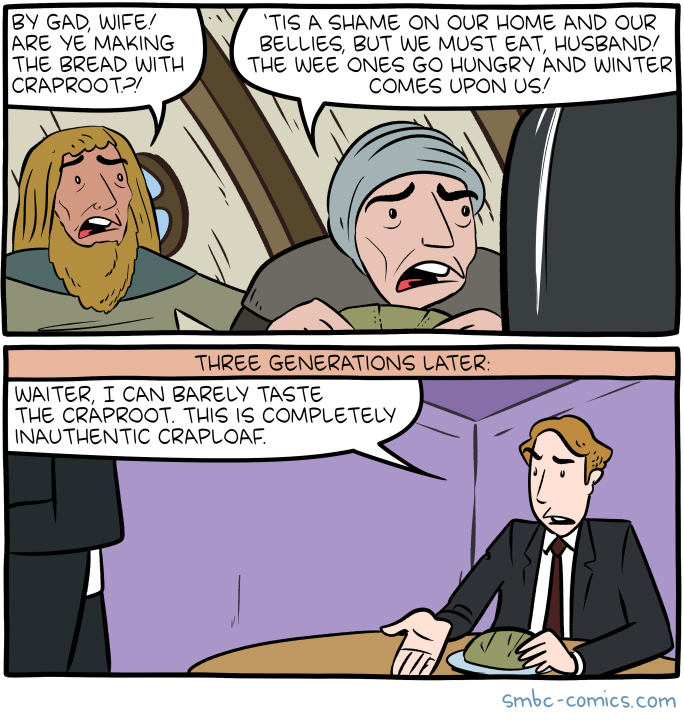 Hovertext:
If you want good food, find people who've been poor a long time, but have plenty of salt, sugar, and fat.

"If you want good food, find people who've been poor a long time, but have plenty of salt, sugar, and fat."
Washington, DC

Coronavirus patients flew to US after CDC “explicitly recommended against it” by Beth Mole
Saturday February 22nd, 2020 at 8:14 AM

Health officials at the US Centers for Disease Control and Prevention did not want 14 people who had tested positive for the new coronavirus to be flown back to the US, among hundreds of other uninfected people—but the CDC experts were overruled by officials at the US State Department, according to a report by The Washington Post.

On Sunday, February 16, the 14 positive people flew from Japan to the US on State Department-chartered planes. They were among over 300 others, all evacuees from the luxury cruise ship, the Diamond Princess, which had an explosive outbreak of COVID-19 cases.

The cruise ship, initially carrying 3,711 passengers and crew, had been quarantined in Yokohama, Japan since February 3, after a former passenger tested positive on February 1. But the quarantine efforts failed to curb the spread of the virus on board, and case counts steadily climbed during the 14-day confinement. Even in the last days, health officials in Japan were still reporting dozens of new cases.

Saturday Morning Breakfast Cereal - The Denial of Butts by tech@thehiveworks.com
Saturday February 22nd, 2020 at 8:13 AM 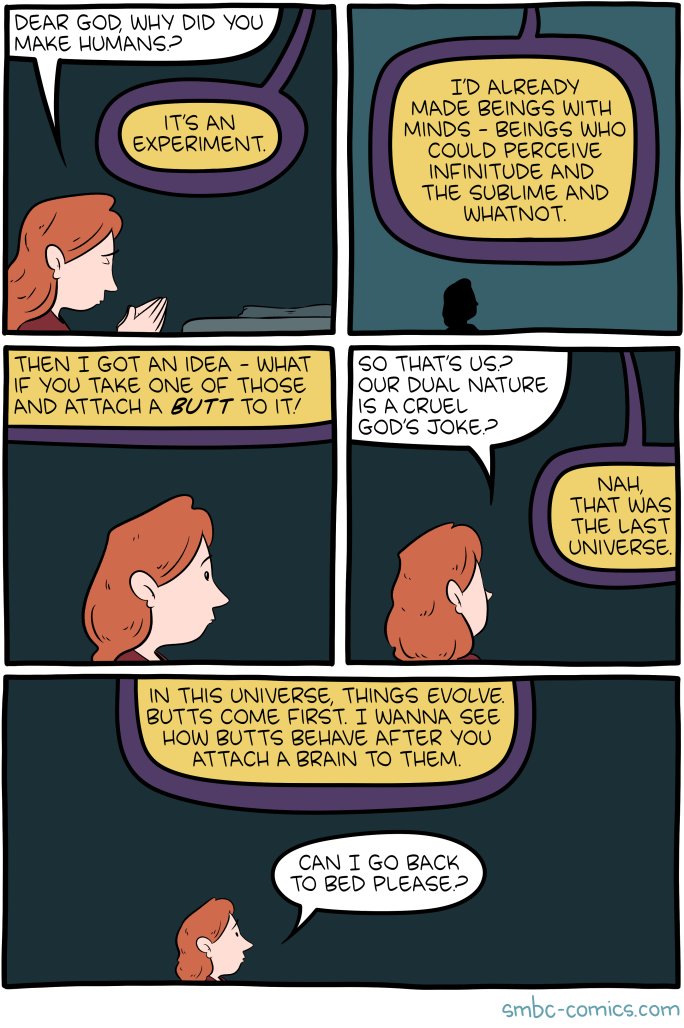 Hovertext:
Humans are always complaining about being a mind attached to a body, but the body was here first.


I little nerdie told me BAHFest tickets are selling out fast! Get'em while they're extant, geeks of Houston and London! 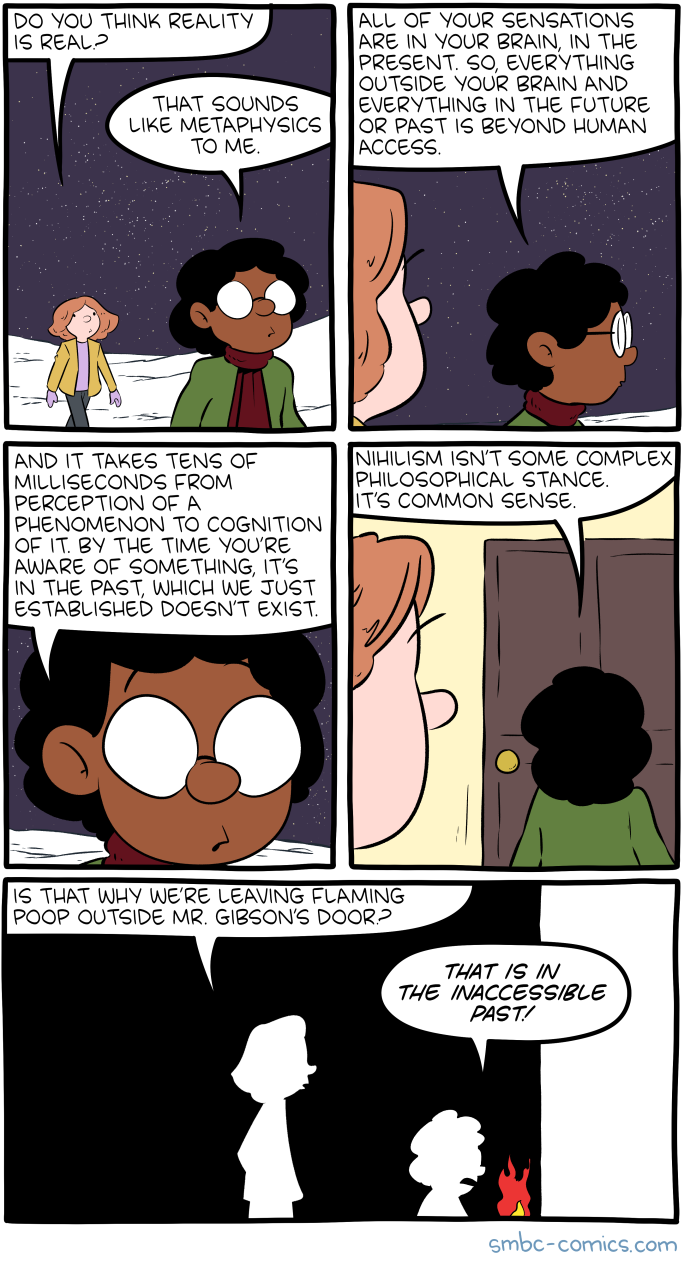 On Monday, we discussed the possibility that the coronavirus outbreak could interrupt global trade and just-in-time manufacturing, causing car makers to miss ambitious new European carbon emissions regulations. Whether that happens remains to be seen, but in the meantime, the virus has had a concrete effect on CO2, and it's surprisingly positive when seen through the lenses of climate change and air pollution.

According to a report in CarbonBrief, the disruption to China's economy has meant that the country has emitted about 25 percent less CO2 into the atmosphere over the past two weeks than it would if businesses were operating as normal. Traditionally, everything shuts in China for the Lunar New Year celebrations, then kicks back into gear a week later.

But not this year. Factories and other businesses have remained shuttered. Coal-use at power plants is at a four-year low. Oil and steel production are both lower than at any point since the Chinese economy suffered a slowdown in 2015. And domestic air travel has been seriously curtailed as the Chinese government attempts to contain the spread of the epidemic. All told, this equates to about 100 million fewer tons of CO2 in the atmosphere, or a 6 percent reduction of global emissions. Assuming that China's economy doesn't get put into overdrive to compensate, that could well mean that we see global CO2 levels remain flat or even possibly decrease slightly by the end of 2020.